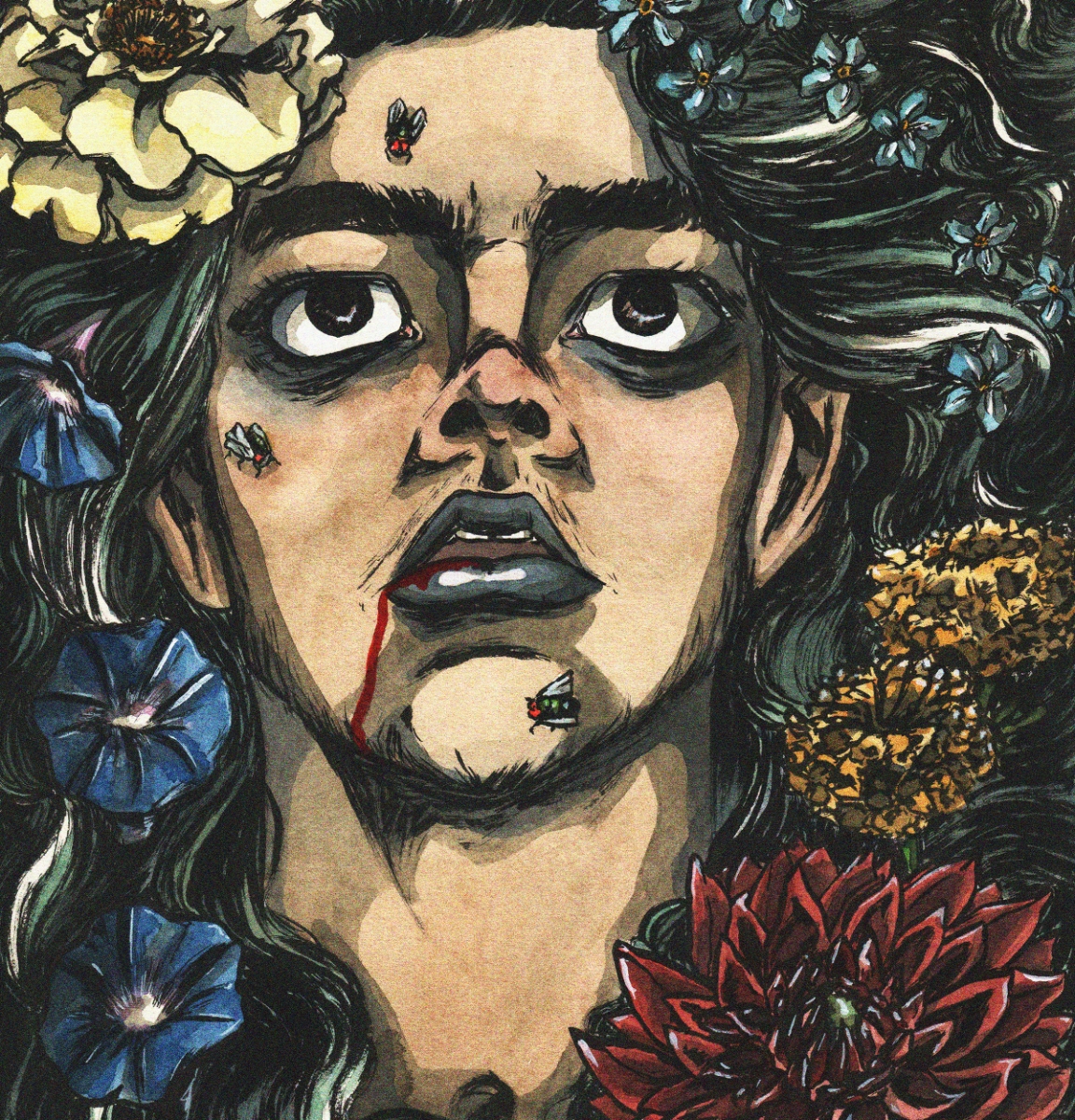 Page rate for commissions: I offer various commission options, starting at $15 for sketches and $40 for paintings. My comic page rate varies depending on the project and style, but generally between $80-$100.

Rate for Prints of original work: I have a print shop with a variety of sizes here https://www.inprnt.com/gallery/rfridleyart/ and digital zines for sale here https://gumroad.com/rfridleyart

Current affiliations: None! Just me making work on my own at the moment.

Previous work: I’ve participated in a number of zines/artbooks as well as one successfully-Kickstarted anthology, “Waiting”. I’ve also made several independent zines and comics, which are available on my Gumroad.

Current projects: Right now I’m working on a couple small client jobs as well as another upcoming anthology. I’m also making a short graphic novel, a ~100 page horror story called Red Mountain, which will be available online once it’s finished. Right now I’m on the painting stage for Chapter 1 and updates are mostly on my Twitter/Patreon.

What was your first project that made you feel like a real artist and how did you get it? I didn’t get much of any paying work while I was still in college, but I did get the opportunity to be in a couple of collaborative zines, which definitely made me feel like more a part of the art community. I think it’s extremely important to make connections with other artists no matter what level you’re at because you’ll learn from them, get to share your own ideas, and maybe get the chance to lift each other up down the line.

What is your primary inspiration when creating art? Pretty much everywhere. I’ve always loved horror movies but I try not to restrict myself to horror alone because I want to consider how other genres and forms of media can be drawn upon to make more compelling horror stories. I also love using folklore as inspiration and I think that’s really apparent if you look at some of my stuff–I’ve drawn a lot of murder ballads and cryptids. I also enjoy drawing straight-up sea creatures when I need to unwind.

What other artists do you use to learn technique? I’m finding new artists to admire every day, which is one pro to having to be on social media all the time as an artist. As a watercolor painter though, some of the first artists I took inspiration from were other comic painters like Tyler Crook and Jill Thompson. I’ve learned a lot from looking at their work and it also made me realize that I didn’t have to keep forcing myself to color digitally if I didn’t want to (digital art is beautiful and I have nothing but admiration for those who do it, it’s just not what I enjoy making).

Where would you like to see yourself in five years with your art? Hopefully just making the comics I want to make! I have a couple projects on the backburner that I’m eager to get started on and it’d be lovely to be able to support myself and my cats fully (or at least more so than now) on art.

What would your dream project be? There’s a lot of stuff! After Red Mountain I have a longer story I’ve been noodling with that’s a cosmic horror-tinged pirate romance. I’d love to get that one out into the world. I have a lot of ideas for personal work, but as far as licensed properties I think it’d also be rad to draw and/or write any horror titles. Especially Re-Animator–anyone who knows me knows I’d cut off my left foot for a chance to make comics about Herbert West and get paid for it.

Final four questions –we ask everybody

Q) When the zombies take over the world where will you be? Eating brains because I definitely wouldn’t last 30 minutes.

Q) What piece of art, be it in the form of music, a book, a film or picture, do you think people must experience before they die? Well, my on-brand answer would be Re-Animator (1985) followed by Bride of Re-Animator (1990) because I’m insufferable. But that’s probably not everyone’s cup of tea, so I’ll also throw out my favorite album, Dying Surfer Meets His Maker by All Them Witches. Really though, I think everyone’s gonna like different stuff and the most important thing is to just keep trying new things and experiencing new art throughout your entire life.

Q) Give one fact that most people would not believe about you? I tend to put out a creepy/grody swamp person vibe, but I love perfume! I have a cute little cabinet with a modest collection of perfume oils of all sorts from indie companies. I even have a custom one that smells like motor oil, dirt, and rotting flesh, which is probably less surprising.